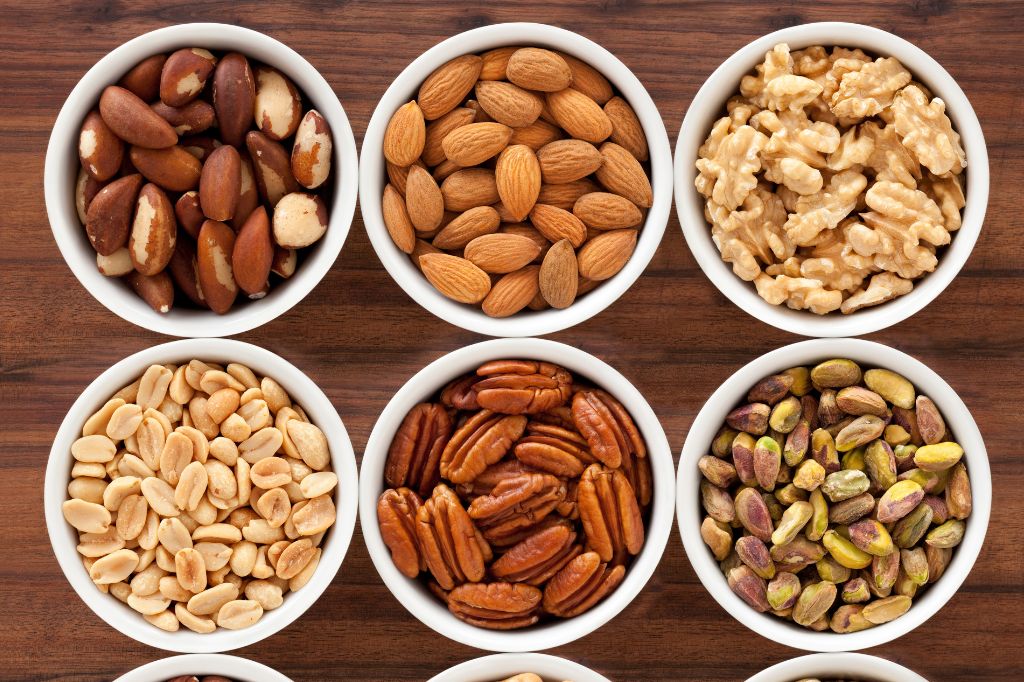 Dementia is a general term for a decline in mental ability due to disease or injury.

Alzheimer’s disease is the most common cause of dementia, accounting for 60-80% of cases.

Alzheimer’s is a progressive disease, meaning it gets worse over time.

As the disease progresses, people with Alzheimer’s may experience delusions, hallucinations, and difficulty speaking and communicating.

Ultimately, they may lose the ability to recognize loved ones and care for themselves.

How can we fight Alzheimer’s disease?

There is no cure for Alzheimer’s, but there are treatments that can help to manage symptoms and slow the progression of the disease.

Also, eating certain foods that are known to promote brain health may help to prevent or delay the onset of dementia and Alzheimer’s disease.

Here are five evidence-based foods that may fight off dementia and Alzheimer’s disease:

Raspberries, blueberries, cherries, and blackberries are not only delicious, but they also offer many health benefits.

These berries are rich in anthocyanin, a flavonoid that has been shown to protect against dementia and Alzheimer’s disease.

Anthocyanin provides antioxidant and anti-inflammatory protection to the brain, which can help to reduce the risk of cognitive decline. (1)

In addition, berries are a good source of fiber and vitamins C and E.

These nutrients are essential for maintaining a healthy brain and body.

Leafy green vegetables are packed with nutrients that are essential for cognitive health.

These nutrients have been shown to protect against age-related cognitive decline, including dementia and Alzheimer’s disease.

Additionally, leafy greens are a rich source of folate, which is necessary for the production of new brain cells.

Finally, beta carotene found in abundance in leafy greens is converted into vitamin A in the body, which is essential for neuronal function.

In sum, there is strong evidence that eating leafy green vegetables can help to keep the brain sharp as we age. (2, 3)

According to Harvard Health Publishing, cinnamon, nutmeg, cardamom, cloves, and ginger may help to fight off dementia and Alzheimer’s disease.

In particular, these spices contain compounds that can help to improve cognitive function and prevent the development of neurodegenerative diseases.

For example, cinnamon contains the compound cinnamaldehyde, which has been shown to protect brain cells from damage.

In addition, ginger contains a compound called 6-gingerol, which can help to delay the onset of Alzheimer’s disease.

Finally, nutmeg contains a compound called myristicin, which has been shown to improve cognitive function.

These spices can be added to many different dishes to enhance flavor and boost brain health. (4)

Eating nuts may help to protect against dementia and Alzheimer’s disease.

A study found that women who eat at least five servings of nuts per week have significantly improved brain health than those who don’t eat nuts. (5)

Specifically, walnuts, almonds, peanuts, pecans, pistachios, and cashews have all been shown to provide benefits for cognitive function.

For example, walnuts contain high levels of antioxidants and omega-3 fatty acids, which have been linked to improved brain health.

Almonds are a good source of vitamin E, which has been shown to protect the brain from cognitive decline.

Peanuts contain niacin, which is essential for neurological function.

Pecans are a good source of mono- and polyunsaturated fatty acids, which have been linked to improved cognitive function.

Pistachios contain l-theanine, an amino acid that has been shown to promote relaxation and improve mental focus.

Lastly, cashews are a good source of iron, magnesium, vitamin E, and monounsaturated and polyunsaturated fatty acids, all of which can prevent signs of dementia. (6, 7)

Another food that fights dementia and Alzheimer’s disease is fish.

According to studies published by the Alzheimer’s Society, consuming fish twice a week may lower dementia risk by 41% when compared to those who ate fish once a month. (8)

Fish, for example, mackerel, tuna, herring, sardines, and salmon, is a good source of omega-3 fatty acids, which are believed to protect against cognitive decline.

In addition to omega-3 fatty acids, fish is also a good source of vitamins B6 and B12.

These vitamins are important for brain health because they help to keep homocysteine levels in check.

High levels of homocysteine have been linked to an increased risk of dementia.

So, if you’re looking for ways to protect your cognitive function as you age, Incorporating more fish into your diet is a good place to start.

One key nutrient for brain health is omega-3 fatty acids.

This nutrient is found in abundance in fish, nuts, and seeds.

Leafy greens are also a good choice for brain health, as they contain vitamins and antioxidants that can protect brain cells from damage.

Finally, spices such as nutmeg, cloves, cinnamon, and ginger may help to improve cognitive function and prevent the development of neurodegenerative diseases.

While there is no one “magic bullet” for preventing dementia or Alzheimer’s disease, incorporating these brain-healthy foods into your diet is a good place to start. 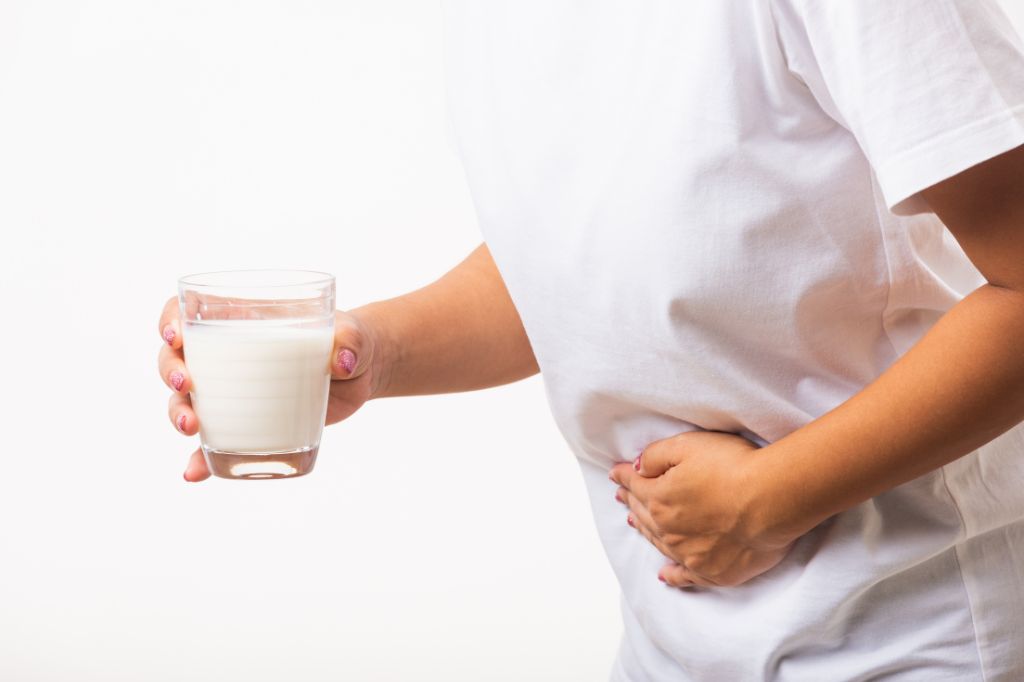 If you have a stomach ulcer, it’s important to take measures to heal…

Garlic is a flavorful addition to many dishes, but did you know that… 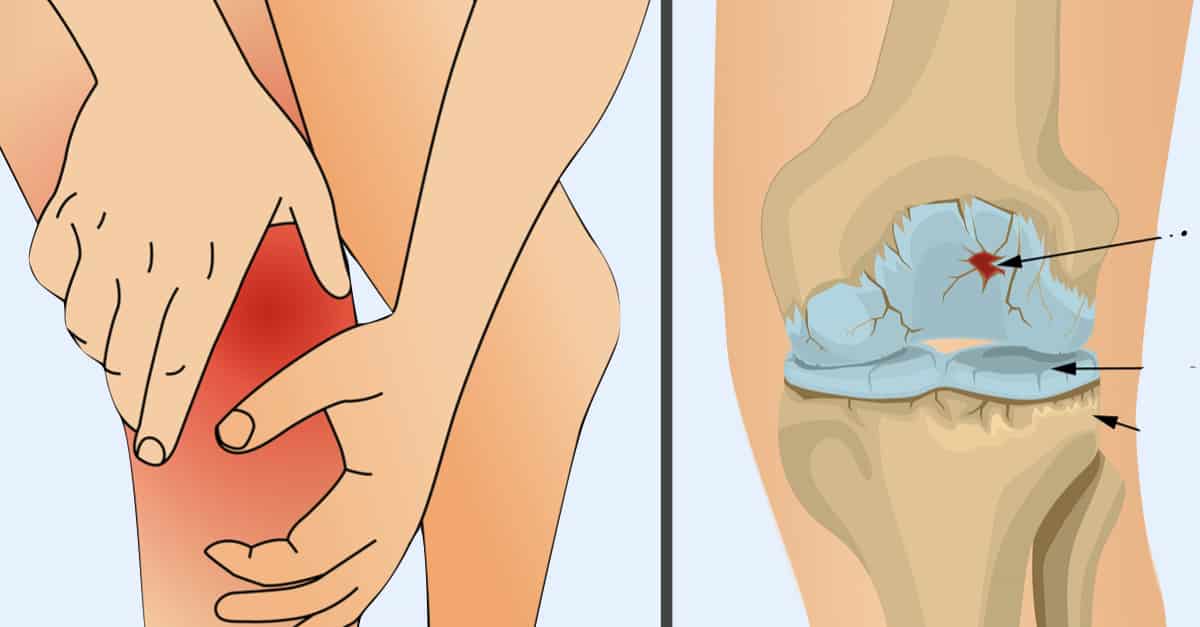 If you’re dealing with joint pain, you know how debilitating it can be…. 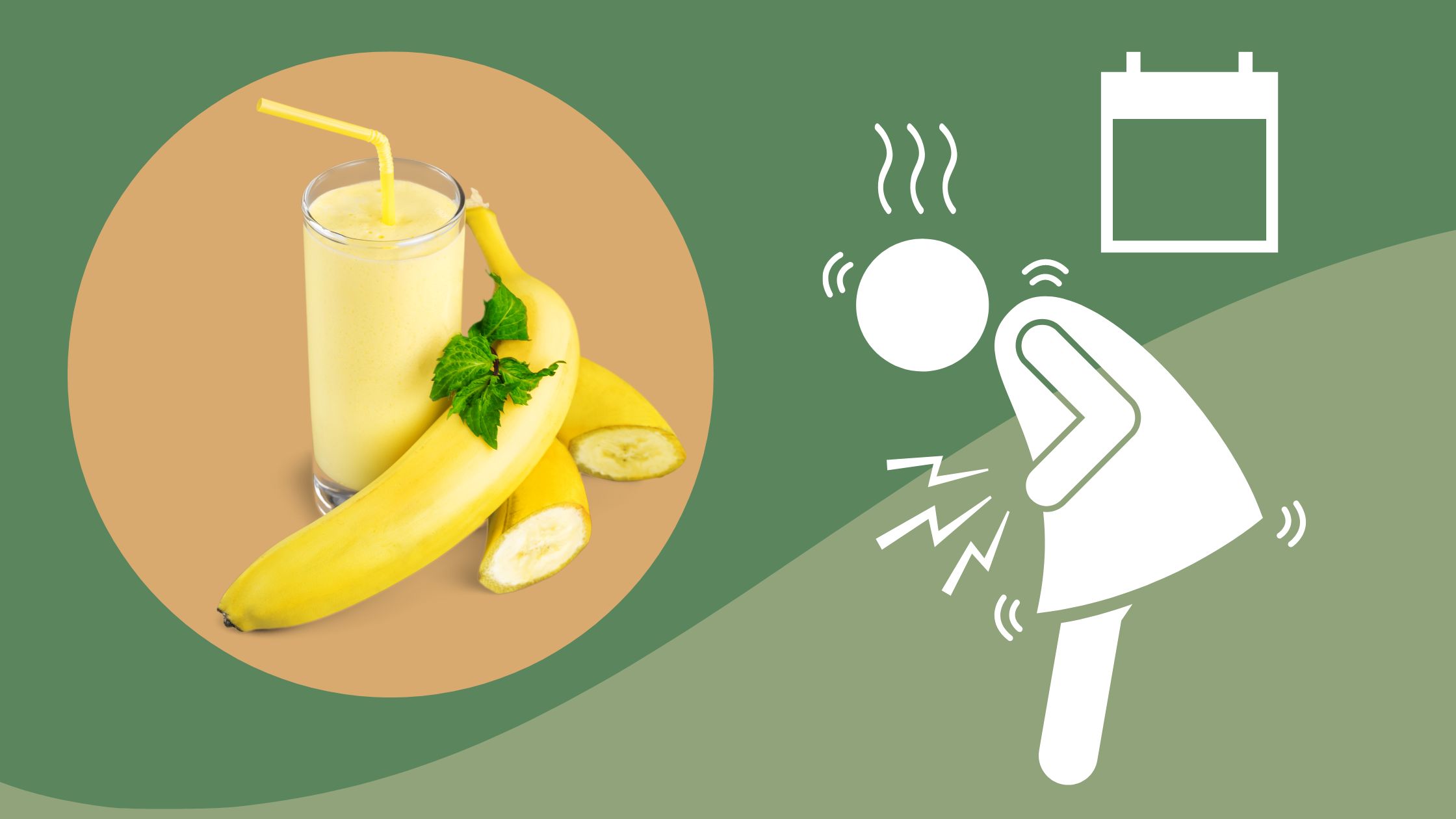 For most women, periods are a fact of life. Every month, we go… 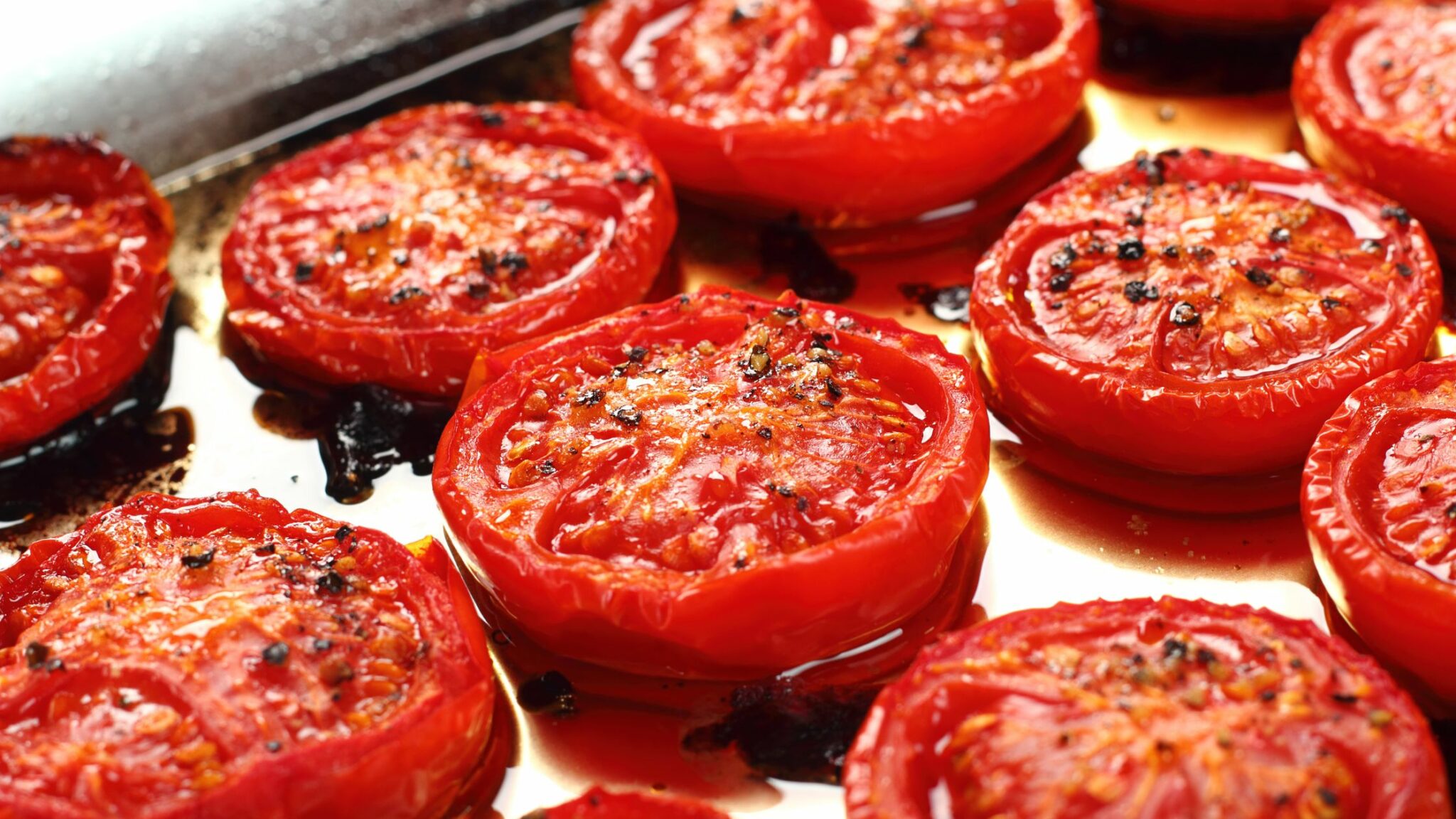 Tomatoes are an excellent source of vitamins A and C. They also contain… 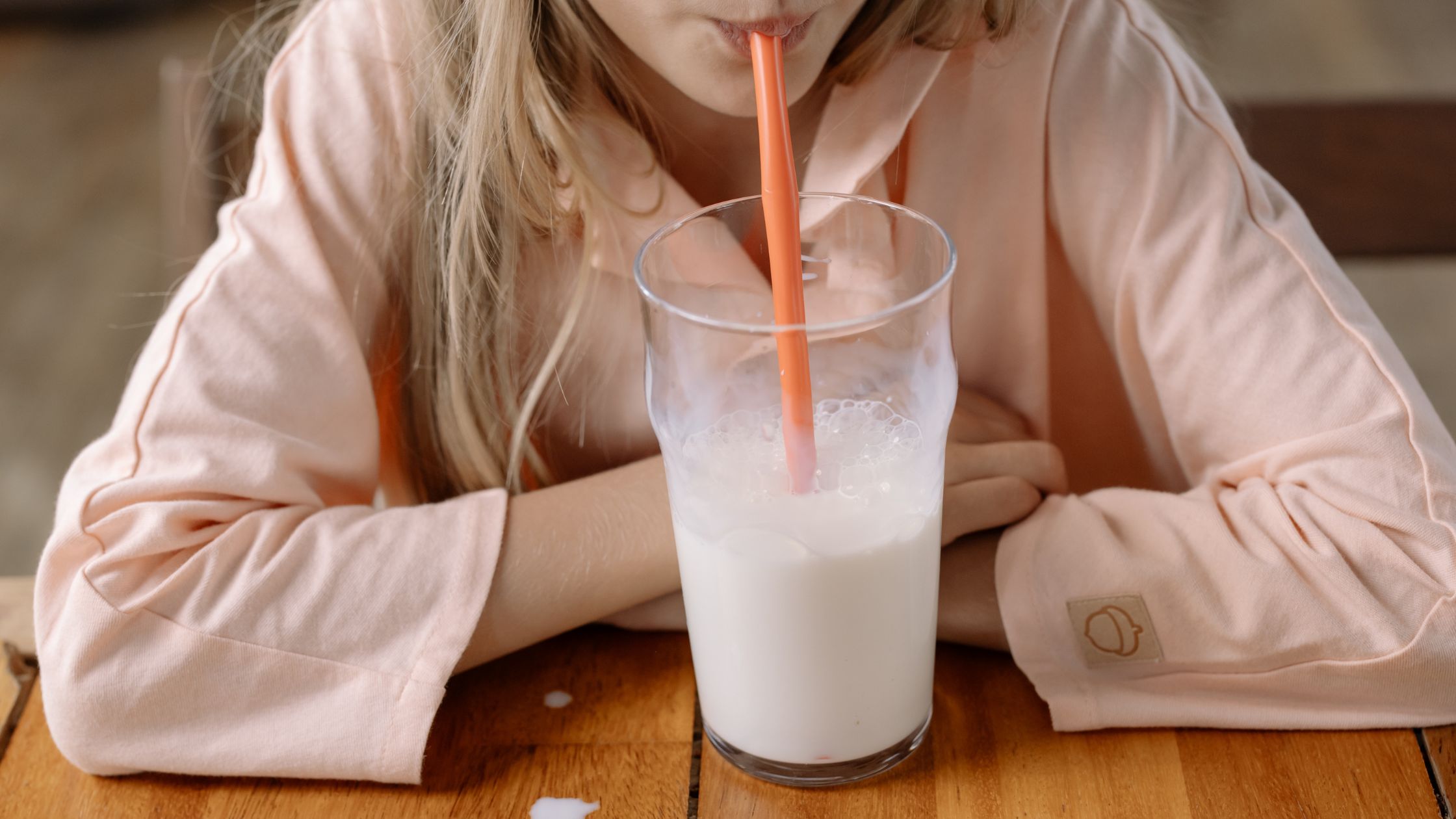